East Chicago, Indiana is located in northwest Indiana with direct access to Lake Michigan and major interstate highways. The city is composed of 16.16 square miles of land area all of which is located in the Lake Michigan watershed. Approximately 14 acres is land while the remainder is water. The city is bordered on the north by the town of Whiting, on the east and the south by the City of Hammond and on the east by the City of Gary. 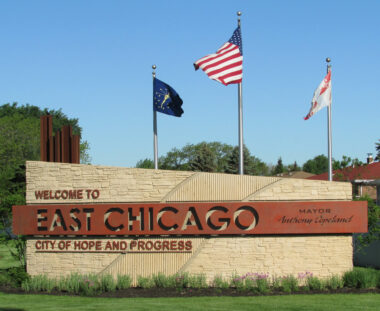 With the new designation, East Chicago Urban Enterprise Association Inc., (ECUEA) was created.  ECUEA is a non-profit 501 (C) 3 organization incorporated under the laws of the State of Indiana.  The primary purpose was to implement and utilize the advantages and benefits of the Enterprise Zone designation and therefore stimulate reinvestment within the Zone, to create jobs for Zone residents and promote a favorable climate for private sector and industrial investment in an economically distressed area. 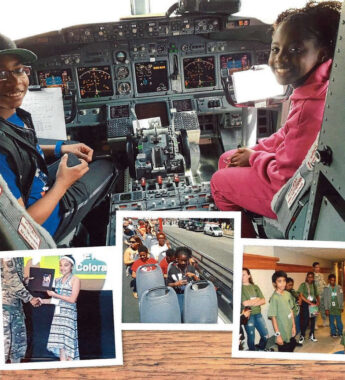 After 30 years of existence and on December 31, 2019 the East Chicago Enterprise Zone officially expired.  While the “Zone” expired, the ECUEA still exists today and is committed to the furtherance of the original purpose of the zone including the following objectives:

1. To improve long-term economic growth in the area by encouraging businesses and residential investment and redevelopment through promotion of the local economy, improvement of the skill level of the local employment base, and enhancement of community development

2. To develop new partnerships and enhance existing partnerships in support of the local economic development by becoming an active partner in the economic decision-making process of the City of East Chicago

3. To establish a reputation for the Corporation as an engine of economic development in the City of East Chicago

ECUEA MISSION STATEMENT
The mission of East Chicago Urban Enterprise Association, Inc. is to provide for and support residents and businesses within the City of East Chicago through partnerships and incentives.

ECUEA VISION STATEMENT
East Chicago Urban Enterprise Association envisions the City of East Chicago as a vibrant and economically prosperous community and is committed to the continuous support of it’s residents and businesses.  ECUEA sees economic growth in concert with environmental sustainability and a safe community as the keys to a vibrant community.